From the beginning, the women of Gamma Phi Beta intended for their sorority experience to extend far beyond their college years. In a letter to Magdalena Birch (Wisconsin-Madison, 1906) in 1932, Founder Frances Haven Moss wrote, “I think it is very true we get out of a thing what we put in and I believe one strong reason why Gamma Phi Beta has kept its high standing and cherished its high ideals is because the alumnae have been so loyal and helpful in every way to the actives [collegians].”

To honor alumnae chapters for the involvement of which Frances wrote, the Circle of Excellence was established in 1986. The distinctive levels within the Circle of Excellence — Basic, Carnation, Pearl and Diamond — were established in 1990 to accord more honor based on the Alumnae Chapter’s number of meetings per year, their timely submission of international dues, their submission of articles for publications and the president’s report, and their level of assistance to a collegiate chapter. 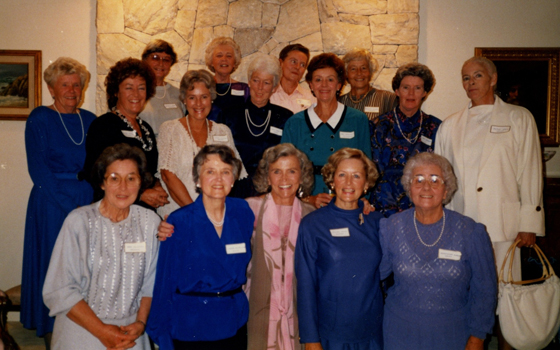