Seven officers serve on International Council, which is the executive body of Gamma Phi Beta. They are charged with managing the affairs and property of the international Sorority, including but not limited to: 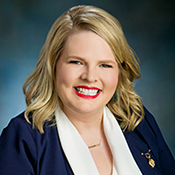 Autumn Hansen is currently serving her first term as International President of Gamma Phi Beta. Autumn also serves as the International Council (IC)-appointed Gamma Phi Beta Foundation Trustee and is a member of the Audit Committee, the Bylaws Committee and the Governance and Personnel Committee. Autumn has served on IC since 2012 as Education Vice President (2012-16), Alumnae Vice President (2016-18) and Vice President (2018-20). She recently chaired the Sorority’s Governance and Personnel Committee and was also a member of the Leadership Development Committee. A member of Xi Chapter at the University of Idaho, Autumn has Bachelor of Science degrees in sociology, psychology and justice studies as well as a master’s degree in social work from Indiana University.

Autumn is a licensed clinical social worker and currently works as a counselor in the IU Health Employee Assistance Program. Most recently, Autumn was a social worker in the emergency department at IU Health Riley Hospital for Children, Indiana’s only pediatric trauma center. Prior to her career in social work, Autumn was the Greek Life coordinator and program administrator at DePauw University. Autumn also served as a collegiate leadership consultant for Gamma Phi Beta.

With more than 11 years of volunteer experience for Gamma Phi Beta, Autumn has served as a collegiate chapter supervisor for new Gamma Phi Beta chapters, a regional team leader, a task force and committee member and a Gamma Phi Beta Foundation volunteer and Trustee.

Autumn served the Indiana Chapter of the National Association of Social Workers as the Master of Social Work representative on the board of directors. She has served for three years as a children’s Sunday school teacher at Salem United Methodist Church and is currently a member of the Northwest Twins and Multiples group. 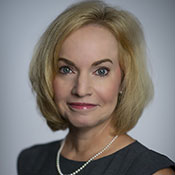 Crissy Carlisle is currently serving her first term as a Vice President on Gamma Phi Beta’s International Council. Crissy also serves as chairwoman of the Sorority’s Governance and Personnel Committee and Investment Committee. As a member of Gamma Phi Beta’s Epsilon Lambda Chapter, she received a Bachelor of Science degree in accounting from the University of Alabama. She also earned a Master of Business Administration from Duke University’s Fuqua School of Business.

Crissy is a senior executive with over 25 years of experience in finance and accounting, with extensive experience in financial reporting, corporate recoveries and internal controls. She was appointed as chief investor relations officer of Encompass Health Corporation in September 2015, and she has been recognized by Institutional Investor magazine as one of the best investor relations professionals in healthcare. She joined Encompass Health, formerly HealthSouth, in February 2005 as the director of SEC reporting and was quickly promoted to vice president of financial reporting in August 2005. Prior to joining Encompass Health, Crissy served as a director within the corporate recovery division of PricewaterhouseCoopers LLP and additionally as a manager within their audit practice.

In her more than 15 years of volunteer service for Gamma Phi Beta, Crissy has served on the Board of Managers of the Facilities Management Company, was president of the Affiliated House Corporation Board of Epsilon Lambda Chapter and was a regional and new chapter recruitment specialist. Crissy was also part of the inaugural Clara Project cohort and was a presenter for Gamma Phi Beta’s inaugural Confident Women of Character webinar series. She is a member of the Birmingham Alumnae Chapter.

In her community, Crissy is passionate about serving the next generation and making a difference in the lives of others. Currently, she serves on the Dean’s Advisory Board of Samford University’s Brock School of Business, and she is a mentor to female business students at the University of Alabama and the University of Alabama at Birmingham. She also serves as a faith trainer at The Church at Brook Hills and is an active member of athletic booster programs at her son’s high school. Crissy is also an active volunteer and contributor to the United Way of Central Alabama.

When Crissy isn’t working diligently to balance her roles as mother, wife, business professional and community volunteer, she enjoys cooking, traveling and exercising. And, of course, she is an avid fan of the Crimson Tide! Crissy and her husband, Mark, who she met at a Gamma Phi Beta/Phi Kappa Psi mixer in college, reside in Birmingham, Alabama, with their son, Nicholas. 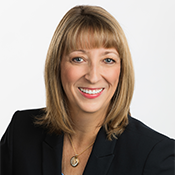 Stephanie Gauchat Carriere is currently serving her second term as Vice President on International Council (IC). She was elected as IC’s Vice Chair and serves on the Governance and Personnel Committee. She will serve as the IC liaison to the 150th Celebration Committee this biennium as well. Stephanie earned both a bachelor’s and master’s degree in special education and rehabilitation, with an emphasis in emotional and behavioral disorders. She taught special education, served as a learning strategist and then moved into school administration. Stephanie lives in sunny Gilbert, Arizona, with her husband and daughter, and she volunteers extensively with Girl Scouts Arizona Cactus Pine Council. 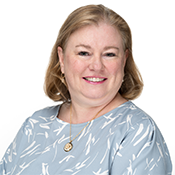 Kelly Brown Dunne is serving her first term as a Vice President on International Council. She also serves as a representative for the Belonging and Inclusion Committee, Extension Committee and Bylaws Committee. Kelly joined our sisterhood at Alpha Chi Chapter at William & Mary, where she earned a bachelor’s degree in classical studies. She later earned a master’s degree in interdisciplinary studies from George Mason University, where she is an administrator and faculty member who teaches history and childhood studies courses. Kelly is a lifelong Virginia resident and currently resides in Arlington. 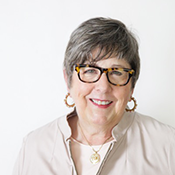 Judy brings a strong business background to the role of International Council Vice President, as she was an account manager for 17 years at the international pharmaceutical company Eli Lilly. At Eli Lilly, Judy was responsible for presenting scientific data and negotiating contracts with health plans, hospitals and state Medicaid. Judy also has 25 years of experience in behavioral health and nonprofit management. She currently works as a consultant and content expert/grant reviewer for the U.S. Department for Health and Human Services and other nonprofit organizations.

Quality management is a strength Judy brings to Gamma Phi Beta. While at Eli Lilly, she became a certified Malcolm Baldrige Examiner. The Malcolm Baldrige National Quality Award is the highest level of national recognition for performance excellence that a U.S. organization can receive. Judy’s training prepared her to be on the Examiner team that evaluates organizations’ applications for the award.

While working as an executive director of a nonprofit, Judy participated in a year-long training program with Dr. Peter Drucker, a world-wide respected thought leader in the field of management. Judy takes inspiration from a famous quote of his, “Management is doing things right; leadership is doing the right things.” Judy believes getting to train with and meet Dr. Peter Drucker in person was one of the highlights of her career. 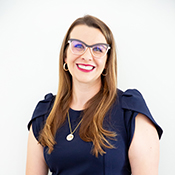 Rev. Dr. Lillian Hallstrand Lammers is a native of the Chicagoland area, and she currently resides in Memphis, Tennessee. She was initiated into Gamma Phi Beta at Theta Chapter at the University of Denver, where she earned her bachelor’s degree in psychology. Lillian earned her master’s degree in higher education administration at the University of Tennessee-Knoxville and served as a student affairs professional on college campuses in Ohio and New York before returning to graduate school to earn her Master of Divinity at Vanderbilt University and her Doctor of Ministry at Andover Newton Theological School. She previously served as a hospital chaplain and the bereavement coordinator at Vanderbilt University Medical Center and the director of stewardship and vocational planning at Vanderbilt Divinity School.

After college, Lillian traveled as a collegiate leadership consultant for Gamma Phi Beta, an experience she describes as one of the most formative in her young adult life. She has served as a chapter advisor, new chapter director, a member of the Presentation Team, chair of the Alumni Awards Committee and served as the sorority coordinator-new chapter when Gamma Phi Beta reopened Phi Chapter at Washington University in St. Louis. She was a member of the pilot cohort for The Clara Project in 2019.

Lillian was ordained as a minister in the United Church of Christ in 2010 and currently serves as an associate pastor at First Congregational Church of Memphis. She also teaches as an adjunct faculty member at Vanderbilt and Memphis Theological Seminary. She resides in Memphis with her spouse, Philip, and their three young daughters, Ingrid, Miriam and Rosemary. On days off, Lillian and her family love to go looking for animal babies at the Memphis Zoo! 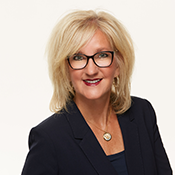 Fran serves as the senior vice president of customer success for Movista, a retail execution software company. As a member of the senior leadership team, she leads the professional services, customer success, technical support and strategic accounts teams.

Fran has been a dedicated Gamma Phi Beta volunteer for decades and has held many roles, including chapter advisor, director of extension and regional director.