Mary Alice Bingham Willoughby, the youngest of the four Founders, was the first to pass away. She died on January 14, 1916, at her home at 34 ½ Grant St. in Utica, New York, after only a one-week illness with grippe (the 1916 term for influenza) and pneumonia. Her husband Edward had passed away only the year before, and Mary was buried in the Rome Cemetery in Rome, New York, on what would have been the 33rd anniversary of their marriage.

Her college contemporaries described their beloved “Minnie” as having “a weaker constitution,” though she loved social events of all kinds, including outdoor events. Her husband Edward had a successful business called the Willoughby Company, which manufactured carriages. She loved entertaining friends and her husband’s business associates at formal dinners, but was known to hold informal evenings during which 20 to 30 friends enjoyed piano playing, singing and dancing.

Mary and her husband made their home in Utica, New York, as did Helen Dodge Ferguson, and her life was filled with her children, her Sorority, art and music and her church. She and her husband were members of the First Presbyterian Church where they attended each week and where Mary sang in the choir and taught a Sunday school class for children. Mary and Helen often spent time visiting in each other’s homes.

Mary attended the Gamma Phi Beta Conventions when they were held in Syracuse and maintained contact with the rest of the members through other avenues — personal correspondence and frequent submissions to The Crescent. 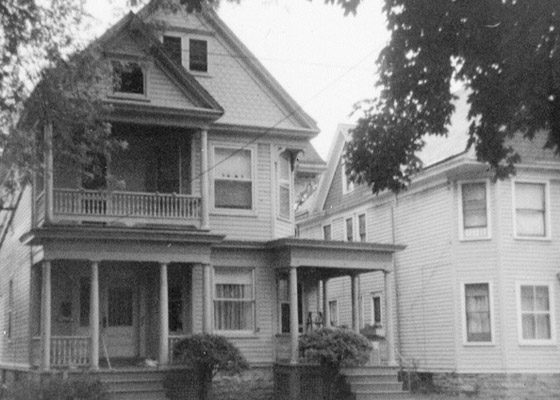 In the romantic style of the day, the Founders and others who knew Mary wrote poems in tribute following her death. Adeline Curtis wrote:

I cannot say, and I will not say
That she is dead. She is just away.
With a cheery smile and a
Wave of the hand
She has wandered into an
Unknown land.
And left us dreaming how very fair
It needs must be, since she lingers there.
Think of her still as the same, I say.
She is not dead…she is just away. 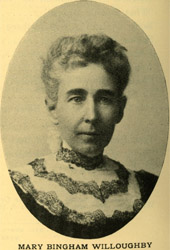 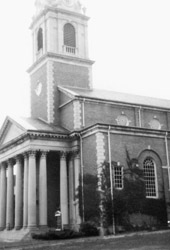 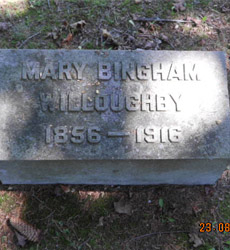