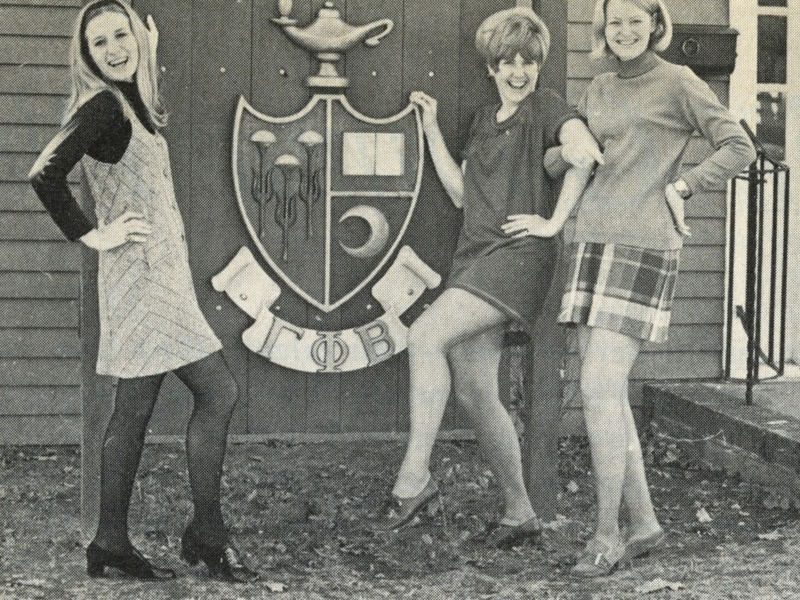 Gamma Omega Chapter members posing with their new crest for their facility, 1971.

Gamma Omega Chapter was installed at the University of Wisconsin-Platteville in Platteville, Wisconsin, on March 29, 1969.