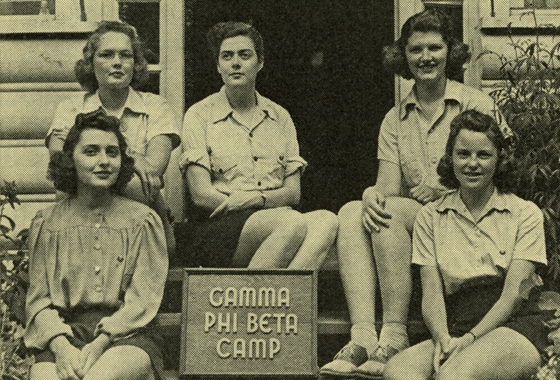 After the war, the Denver area camp was reopened in 1947. Two new campsites were purchased after the war: one in Colorado and the other in Sechelt, British Columbia. A 30-acre campsite with several structures in Indian Hills near Evergreen, Colorado, was purchased in 1948. The purchase was financed with a Reserve Fund, which was started with donations from alumnae and enhanced with additional donations from civic leaders who shared the ideals of the camp. The campsite in Sechelt, British Columbia, consisted of five acres of land with 500 feet of water frontage at DePencier Beach.