1990: A Permanent Home for Headquarters

Gamma Phi Beta celebrated its 64th Convention at the Hyatt Regency Tech Center in Denver, Colorado, held July 24-28, 1990. At this Convention the Gamma Phi Beta Loyalty Award was established to honor members who, for at least seven years previous, offered outstanding service on the international level, as well as financial support to either the Sorority or the Foundation. Fifteen women were honored with the Loyalty Award when first bestowed in 1991. The highlight of the Convention, however, was the groundbreaking ceremony for the new International Headquarters in Centennial, Colorado, where small brick favors were given in the project’s honor.

The financial base for the construction was the Capital Endowment Campaign, which endowed the leadership education efforts of Gamma Phi Beta in order to release funds to make the new headquarters possible. The substantial contributions of several individuals ensured the success of the campaign and construction. These included International Headquarters Project Coordinator Randall ‘Randy’ Stevens Allard (California State-Long Beach); Campaign General Chairwoman Ardis McBroom Marek (Northwestern, 1934); Campaign Honorary Chairwoman Evelyn Gooding Dippell (Illinois at Urbana-Champaign, 1933); and the numerous members of the Steering Committee and the Major Donor Committee. Until construction was completed, the Central Office remained in Englewood but moved to 7395 East Orchard Road, Suite 200. 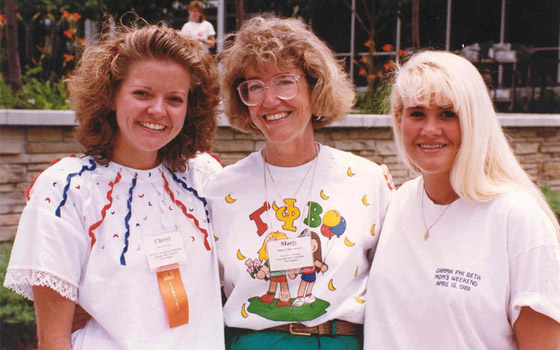 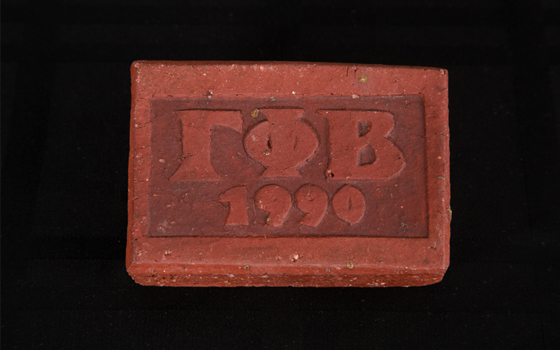 Brick favor from the 1990 groundbreaking of International Headquarters in Centennial, Colorado.