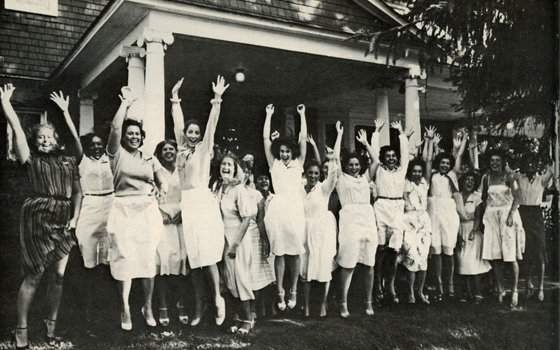 American campuses began returning to traditional social and extracurricular activities as colleges and universities realized that their most loyal alumni were members of fraternities and sororities. Between 1982 and 1984, 30 schools approached Gamma Phi Beta expressing interest in expanding their Greek systems. Greek organizations, acknowledging the need to make themselves relevant to students’ lives, rededicated themselves to their original purposes of scholarship, campus leadership and community service. The National Panhellenic Conference and Gamma Phi Beta encouraged women to make the best use of their potential in every area: career, philanthropy, lifelong learning and leadership.