The 1940 Convention, the Sorority’s 41st, was held in the Wardman Park Hotel in Washington, D.C., June 22-26, 1940. Considered by some as one of Gamma Phi Beta’s most impressive Conventions, Sen. Millard Tydings of Maryland gave the opening speech in a banquet hall lavishly draped with U.S. and Canadian flags. Though America had been “wedded to the pursuits of peace” as war raged in Europe, Sen. Tydings urged everyone present to prepare for the inevitability of war.

In truth, the women of Gamma Phi Beta were preparing in their own way. A check for $500, money that normally would have been spent on favors and decorations for the Convention, was instead presented to the American Red Cross. This Convention established the Alumnae Recommendations Committee Plan, originated and presented by Ruth Ord (California-Berkeley, 1910). The Honor Roll Award – Gamma Phi Beta’s highest honor – first suggested in 1938, was created and the first five names after the four Founders were approved. They included Lindsey Barbee (Denver, 1897); Carrie Morgan (Wisconsin-Madison, 1885); Blanche Shove Palmer (Syracuse, 1878); Katherine Taney Silverson (Minnesota-Twin Cities, 1903); and Lillian Thompson (Michigan, 1892). The Award continues to serve as a method of recognition for the Sorority today and honors members who have contributed notably over a period of years toward the fulfillment of the aims of the organization. 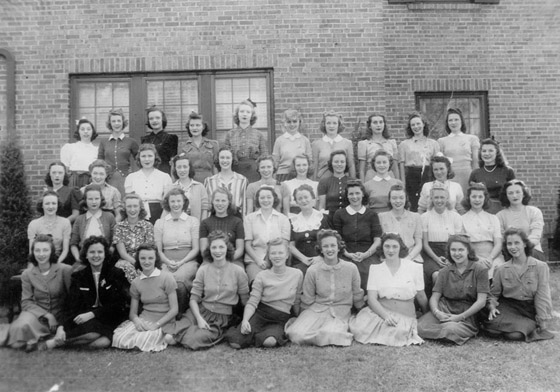 Members of Psi Chapter (Oklahoma) in front of their chapter house, 1940. 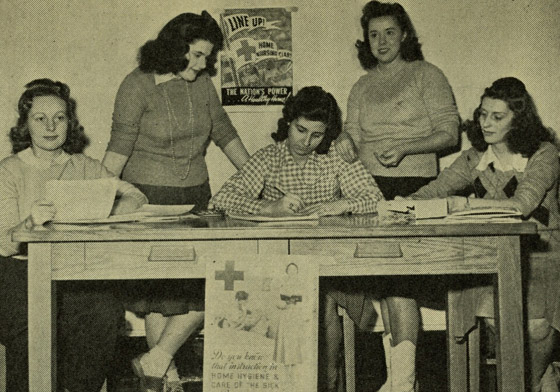