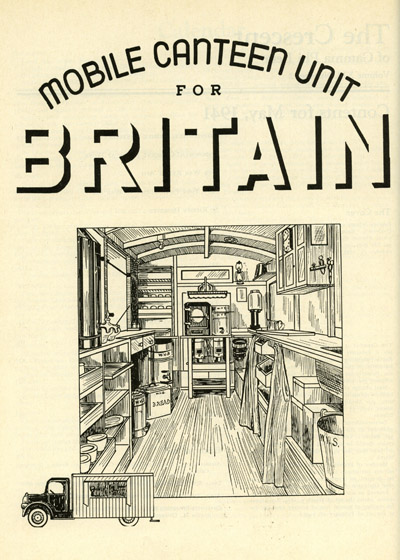 Advertisement for the Mobile Canteen Unit Campaign, as shown in The Crescent, 1941.

There were many avenues for contributing to the Great War effort but the women of Gamma Phi Beta made it their mission to help provide medical and rehabilitative care for the wounded soldiers. Helen Salisbury Summers (University of Washington, 1920) of the Washington, D.C. Alumnae Chapter, who chaired the 1940 Convention, had already organized a campaign to raise funds for a Mobile Canteen Unit for Great Britain. All the college chapters held “Blitz Balls” on the same night in May 1941. Mrs. Summers wrote: “At least ten of the dances on the program will be ‘Ladies Choice,’ the girls invading or blitzing the boys’ camp at the cost of ten cents per dance. The girl will contribute ten cents to the chapter bank at that time, whereas the man must pay ten cents for his release at the end of the dance. Those couples who insist on sitting out the dances must pay double the amount into the bank.”

The Blitz Balls were spectacularly successful. Gamma Phi Beta raised $2,805 on that one night, enough to purchase two mobile canteen units at a cost of $1,260 per unit and donated the remaining funds to the American Red Cross and the Queen’s Fund of Canada. 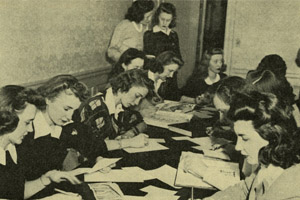