On October 1, 1928, Panhellenic House, later called Beekman Tower, in New York City officially opened its doors and more than 800 visitors attended a reception where they danced, enjoyed refreshments and admired gilded floral reliefs on bright blue over the doorways and the pale blue marble in the vestibule. At 26 stories, Panhellenic House was the area’s highest building when it debuted and the only building of its type owned by women. Built with funds raised through the sale of shares of stock, a portion of which was owned by Gamma Phi Beta, it included reception rooms for residents, a social hall, a restaurant and 380 bedrooms, many with private baths. At the top of the tower, a sunroom provided a spectacular view of the East River.

The 1929 Convention held in Kansas City was the first for which outside speakers were engaged to address the Convention body, and the first to hold Greek-letter Round Tables. Dean Dagwell of St. John’s Cathedral in Denver spoke, as did Mrs. Hal Lebrecht, former president of Kappa Alpha Theta, and Nellie Lee Holt of Kappa Kappa Gamma who came from Stephens College to talk about leadership in the changing world of women. 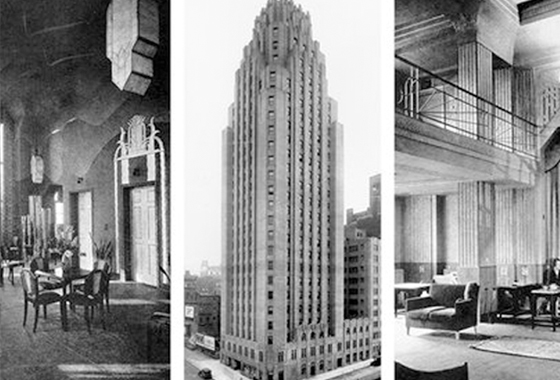 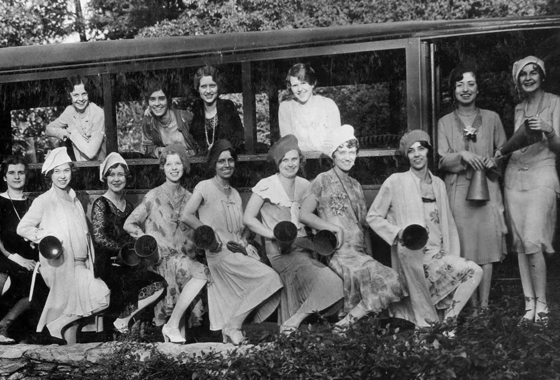 Members pose for a picture at the 1929 Convention in Kansas City. 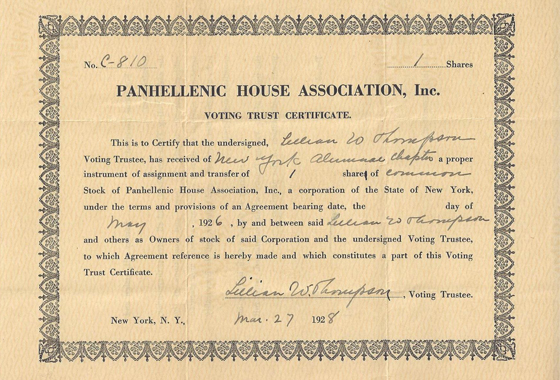