1919: Stirrings of a Central Office

The Convention of 1919 was held at the Hotel Stanley in Estes Park, Colorado, and 200 Gamma Phis attended. Theta Chapter put on a vaudeville show and treated the girls to horseback rides during the day and a “steak fry” one evening under the pine trees.

For the first time, the topic of having a central office was discussed and Lindsey Barbee (Denver, 1897) became the second woman to be elected Grand President.

Among other business, the Convention approved the concept of alumnae districts and the procedures for establishing them. Twenty alumnae groups expressed increasing interest in areas where no formal organization existed. Elizabeth Bridge (California-Berkeley, 1909) presented the Alumnae Secretary Plan, which was endorsed by the delegates. Each district was to have an alumnae secretary whose duties were to keep alumnae membership files for her area and collect The Crescent subscriptions and annual alumnae dues of $2. The names of recent graduates or girls leaving college during the year were passed on to her so she could welcome them as new alumnae. In the ensuing years, the model of alumnae district developed into the model of provinces and the alumnae secretary became the province alumnae director. Now, alumnae chapters are part of our International regional structure and are headed by the International Alumnae Vice President. 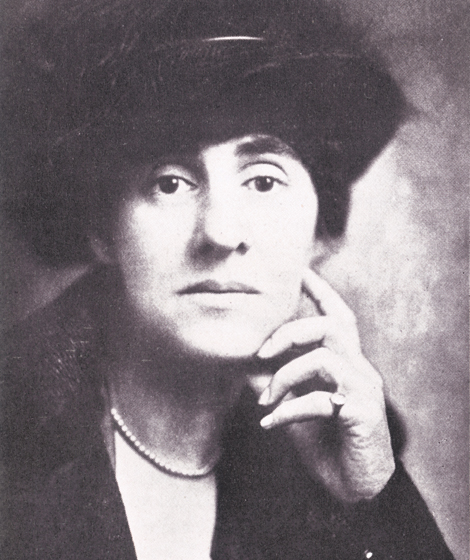