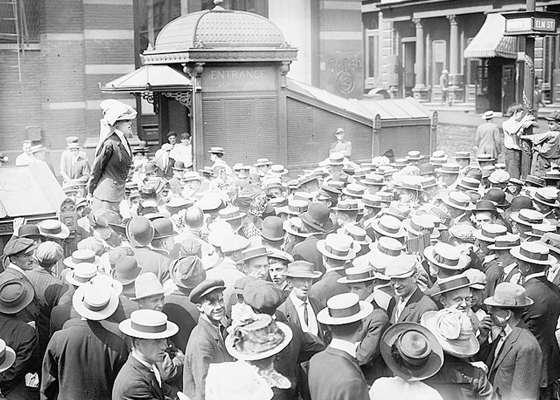 The Women’s Suffrage Movement, started in the mid-1800s, finally saw its work come to fruition. Though several versions of suffrage legislation were brought before Congress beginning in 1915, they were all defeated. Many Gamma Phi Betas were involved, the most visible among them Alice Carpenter (Barnard, 1901). Rho Chapter’s (Iowa) letter to a 1916 edition of The Crescent said, “Women’s suffrage, too, which is being agitated all over Iowa, has aroused the interest of the university girls. Not long ago a Suffrage Dance was given, under the management of the students, to raise money for the Suffrage Club of Iowa City.”

Women’s contributions in support of World War I and the impending 1920 elections generated urgency on the matter and President Wilson made a very vocal appeal to the House to pass the current legislation, even calling a special session of Congress. Though it would take another year for the states to ratify the bill and make it the law of the land, the House of Representatives voted in favor of women’s suffrage on May 21, 1919.