1908: The Peanut and Olive Tradition

The June 1908 edition of The Crescent included an article entitled, “A Brief Record of the Beginnings from Alpha,” that cleared up, once and for all, the mystery surrounding the origins of Gamma Phi Beta’s extraordinarily unique tradition regarding the serving of peanuts and olives. Prior to the article, there were several versions of the story. One involved impromptu visitors who were grandly served the only things in the pantry. Another version told of a member who, caught up in her studies, forgot to perform her appointed task of shopping for an informal rush event and, finding only peanuts and olives in the pantry, served them as if that was what she’d intended all along. The third version told of a fraternity entering Alpha Chapter (Syracuse) house and ravaging the table prepared for a celebration while the members were out running an errand, leaving only the peanuts and olives.

Both Founder Adeline Curtis (Syracuse, 1874) and first initiate Clara Worden Wilcox (Syracuse, 1875) were sources for the 1908 article. They explained that in the earliest days banquets were much simpler than those of the 20th century and included simple foods like finger sandwiches, cakes, coffee and ice cream. In 1885, Eva Seymour (Syracuse, 1882) held what she called a “chocolatetaire,” elegantly serving chocolate in a variety of forms. When another member entertained a few weeks later, she featured peanuts and olives. Guests lightheartedly nicknamed the party a “peanut-taire,” and adopted it as a unique Gamma Phi Beta tradition. 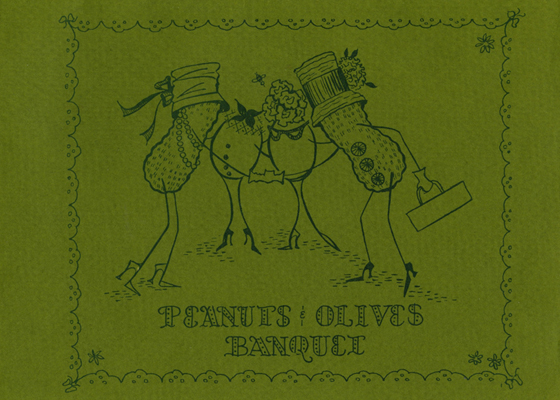 An image from the Peanut and Olive Banquet from Convention 1962.

The peanut and olive menu even earned its own song and regularly appeared to mark special occasions of all kinds. Marion Draper (Syracuse, 1910) submitted this letter to The Crescent in 1912: “The girls sit down on the floor, and old newspapers are passed around. Nothing but newspapers are correct at this spread; we would regard plates with scorn. Then the obedient little freshmen come around with huge bags of unshelled peanuts and dishes of olives and the fun begins. Of course, we sing the ‘Peanut and Olive Song’ on these occasions, and crack our peanuts with a great deal of gusto.” 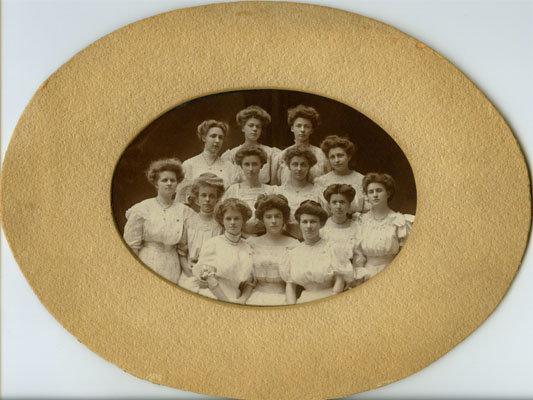 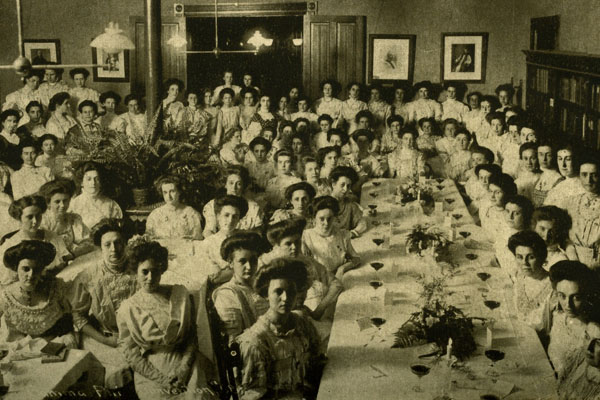 Attendees of the 1908 Convention Banquet.