When the 27th Convention was held in Berkeley, California, in November 1909, 75 members were present at the banquet. There were now eight alumnae chapters in existence but the Sorority’s expansion policy remained very conservative.

Eta Chapter (California-Berkeley) was granted the unprecedented use of Hearst Hall for a reception and dance and alumnae brought Oriental rugs, flowers and potted plants by the truckload to transform the large hall. Supper was served by candlelight at small tables and an orchestra played throughout the evening. The surprised guests talked about the affair for weeks afterward. 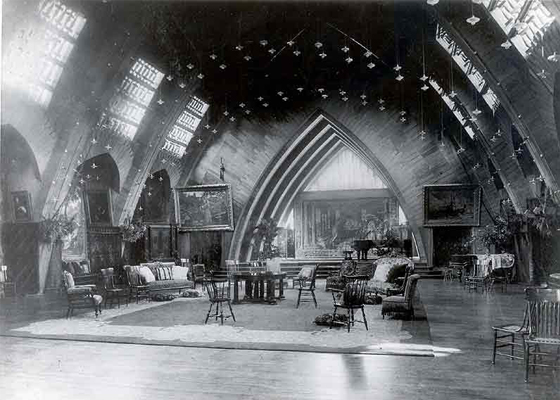 Hearst Hall at the University of California-Berkeley. Photo credit: pe.berkeley.edu.

Approval was finally won for biennial Conventions, a change for which Lillian Thompson (Michigan, 1892) advocated during her presidency years before to ease the financial burden that sending delegates placed on the chapters. However, despite the burden placed on the delegates themselves to travel to Convention in the middle of the semester, particularly given the slower forms of travel available at the time, delegates opted not to change the custom of holding Conventions near the founding date. Members of Eta Chapter (California-Berkeley) in 1909.