In 1890 there were seven national sororities on campuses across the country, each with several chapters. Seven out of every 10 colleges admitted women but they remained an overwhelming minority, creating intense rivalries on campuses where two or more sororities were rushing – now referred to as recruiting – the same girls. In a few instances, sororities created “rushing agreements” to avoid conflict and the Alpha Phi Quarterly was the first of the women’s magazines to suggest some plan of cooperation. They proposed that all the groups hold their national conventions at the Chicago World’s Fair in 1893 and, in the spirit of cooperation, cap the festivities with a Panhellenic banquet. As universities began setting down rules of their own, the sororities themselves decided to come to some universal agreements. Kappa Kappa Gamma extended invitations to Gamma Phi Beta, Alpha Phi, Delta Gamma, Kappa Alpha Theta, Delta Delta Delta and Pi Beta Phi to send delegates to Boston on April 15, 1891, for a two-day convention. All the sororities accepted and sent delegates.Gamma Phi Beta’s 1891 Convention minutes are incomplete so we don’t know who were chosen to be delegates but we do know that Delta Chapter (Boston) entertained the Panhellenic guests at lunch at the famed Parker House hotel, the oldest of Boston’s elegant inns and the home of Parker House Rolls and Boston cream pie. How appropriate, that the ladies of an organization that began as a literary society should host their guests in the very rooms where writers like Emerson, Thoreau and Hawthorne regularly met for conversation and camaraderie. 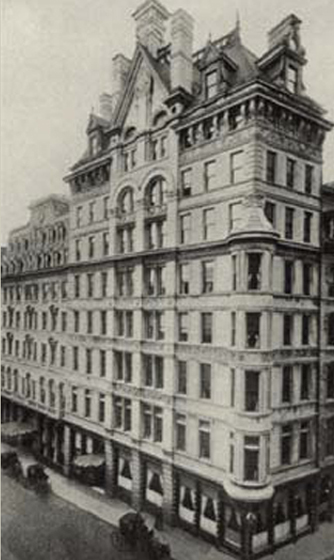 Over the course of the two days, five committees were formed to discuss various issues surrounding membership requirements, uniform publication dates for distribution of periodicals and inter-society communications. The delegates were urged to take the recommendations that emerged from the discussions to their subsequent fall Conventions for votes. The votes would then be sent to a central committee composed of one representative from each sorority. One recommendation in particular proved to be quite divisive: the prevalent practice of pledging young ladies while still attending preparatory school. No consensus was reached on the issues, leading Margaret Smith, president of Kappa Alpha Theta, to write, “A permanent Panhellenic organization has thus far been impossible.” Nonetheless, the organizations went forward with plans for a booth at the World’s Fair.

In the meantime, Alpha Chapter (Syracuse) became the first to rent a house in 1892, a three-story furnished brick house at 614 University Ave. The members donated items to decorate the house as if it were theirs for all time. They were home. 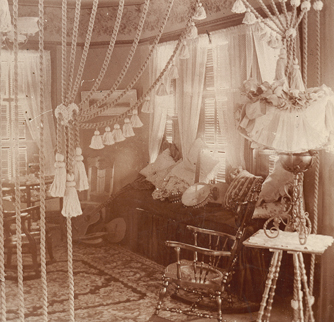