History buffs delving into Gamma Phi Beta’s own annals will find themselves confused over the numbering of the Sorority’s Conventions. The eighth annual Convention was held November 13-15, 1890, at Syracuse University. However, since it was the 16th year of Gamma Phi Beta’s founding, and anniversaries had always been marked even when there was only one chapter, it was renamed the 16th annual Convention. This numbering continued, despite the confusion it caused, until it was corrected in 1917. From then on, the Conventions were numbered to reflect the number of years since more than one chapter existed. 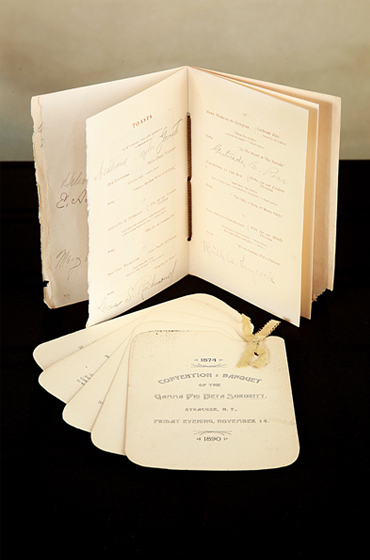