As provided by the constitutional revisions, the second Convention was held at Beta Chapter in Ann Arbor, Michigan, on November 15, 1884. Alpha Chapter sent three delegates. The password, presented at the previous Convention, was officially adopted, as was the signature — three Greek letters, Pi, Kappa and Epsilon (ΠΚΕ), written as a unit. 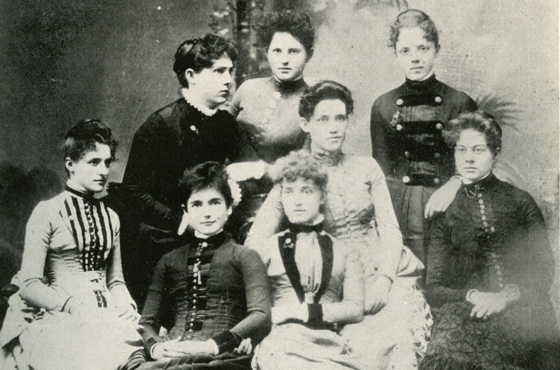 The third Convention, held on November 13, 1885, found the ladies back at Alpha Chapter (Syracuse). An article regarding the expulsion of members was added to the Constitution, the price of a charter was fixed at $25, an initiation fee of $5 was set and a Sorority tax of 50 cents was levied on all active members. The practice of using the letter “S” for Syracuse as a guard to the badge was changed at this Convention because the “M” for Michigan (Beta Chapter) and the “W” for Wisconsin (Gamma Chapter) were so similar they were causing confusion. From now on, the guard was to be the Greek letter of the member’s chapter instead of the English letter for the school. 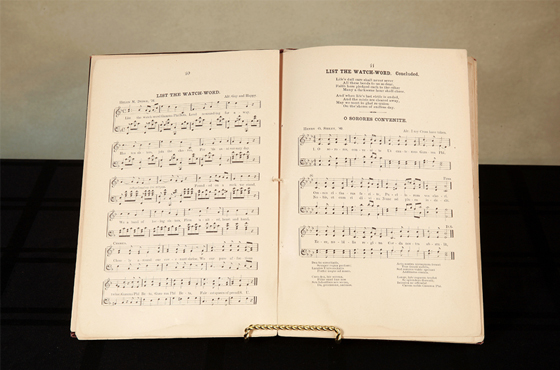 While Convention was in session, Grace Darling (Michigan, 1883) and Libbie Cornell (Michigan, 1882) initiated eight young ladies attending the University of Wisconsin in Madison into the folds of Gamma Phi Beta as Gamma Chapter. When they in turn hosted the fifth Convention in 1887, the delegates were surprised when Beta Chapter (Michigan) presented them with Gamma Phi’s first printed songbook. A slim volume bound in black cloth, it was compiled by Ruth Guppy (Michigan, 1894), Violet Jayne (Michigan, 1884) and Honta Smalley (Michigan, 1885) – the sister of Frank Smalley who coined the term “sorority” – and contained the words and music of 20 songs contributed by Alpha Chapter (Syracuse), 16 by Beta Chapter (Michigan) and two by Gamma Chapter (Wisconsin-Madison). 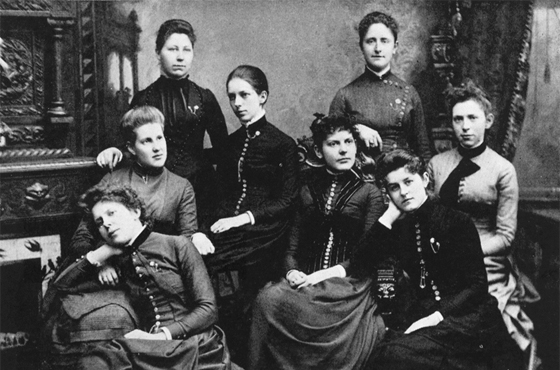 Also introduced at the 1887 Convention was the newly installed Delta Chapter of Boston University. One of the charter members, Clara Whitmore (Boston, 1887), recalled many years later the dress of those days: “tight-fitting bodices with whalebones reinforcing every seam, high collars, and long tight sleeves with a rim of white linen cuff at the wrist. Voluminous overskirts draped over the lined skirts, which, of course, just cleared the floor.”