In 1887, Epsilon Chapter (Northwestern) was installed as Gamma Phi Beta’s fifth collegiate chapter. Frances E. Haven had special ties to the University, as her father was a former chancellor there. One of Erastus O. Haven’s stipulation for taking employment at Northwestern was that women would be allowed to attend the University, and Frances was among the first class of women accepted into the prestigious school. Shortly after, the Chicago fire of 1871 destroyed Northwestern and the Havens relocated to New York where Erastus would become an administrator of the Methodist Board of Education and Frances would continue her studies. Much like Beta Chapter (Michigan-Ann Arbor), Frances E. Haven once again had the opportunity to bring Gamma Phi Beta to a university that had helped shape her identity. 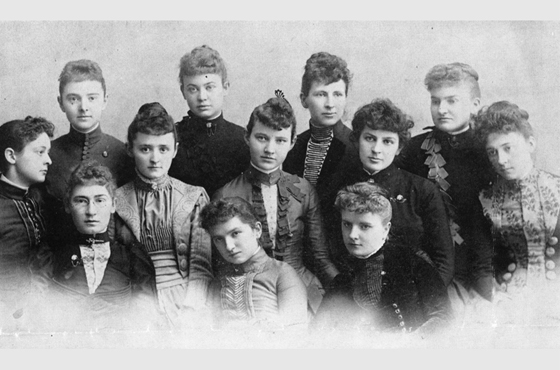