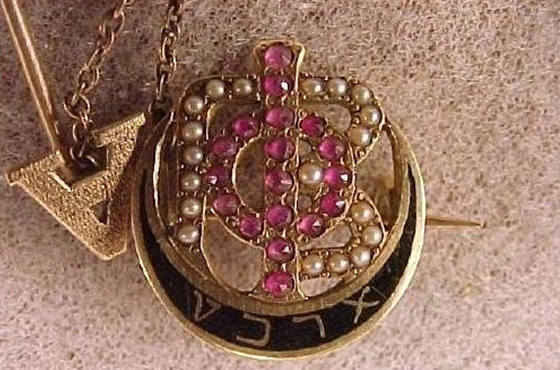 In 1881, Bertha Boomer (Syracuse, 1877) became a trendsetter, ordering her badge with the Phi set in pearls. Over the coming years, members adorned their badges with a variety of jewels including pearls, diamonds, opals, turquoise and rubies. Some even deviated from Charles Moss’ recommendation that the crescent be in black enamel and asked their jewelers to create badges with white crescents. In fact, the use of local jewelers led to a number of variations in the badges, leading to some strict stipulations. The 1901 Convention named five official jewelers — in Baltimore, New York City, Detroit, Milwaukee and Minneapolis — and in 1902 the crescent was restored to black-only status.