During the 1880s – later characterized as being a high point of the Second Industrial Revolution and the Gilded Age – Americans experienced exceptional industrial development and economic growth. Railroads became more prevalent throughout the country, allowing faster and more convenient means of travel. The first gasoline powered car was patented by inventor Karl Benz in 1886, though the concept of the “horseless carriage” did not become popular until the 1900s when the Ford Model T was introduced.

Despite the economic prosperity that flourished during the 1880s, the decade was also a period of great violence and political upheaval. In 1881, President James Garfield was assassinated and succeeded by Chester Arthur. Tension between legal authorities and outlaws in the American Old West resulted in one of the most famous gunfights in American history – the Gunfight at the O.K. Corral in Tombstone, Arizona. The Haymarket Affair ended with many civilian and police deaths after an unknown assailant hurled a bomb at Chicago police during a labor strike. 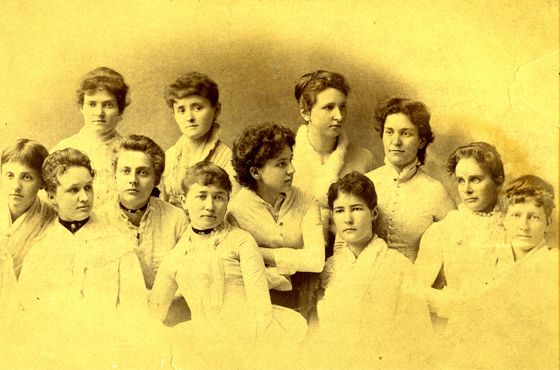 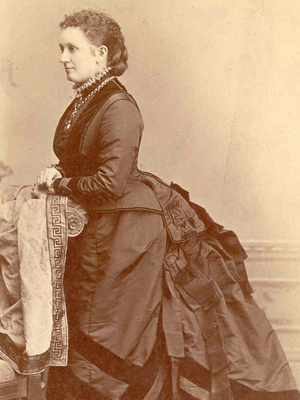 Also during this decade, the Woman’s Christian Temperance Union was gathering steam and represented the best opportunity for outspoken women to take part in legislative issues. Progressive physicians began condemning corsets for their health hazards but, despite the warnings, women continued lacing each other into these torturous devices that created exaggerated hourglass silhouettes. The bustle, which created an absurd poof above the derriere, came in and out of style during the 1880s.