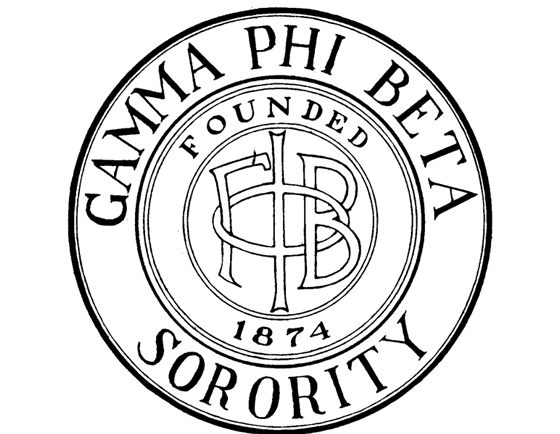 The minutes of a meeting held November 19, 1875, indicate that a committee was established to create a seal. They reported back to the members at the January 4, 1876, meeting and a seal was chosen. The original design was described as “a monogram of the three Greek letters Gamma, Phi and Beta, surrounded by symbols appropriate to the secret and open mottoes of the sorority.” In the intervening years, the design became less ornate and evolved into a set of three concentric circles. Within the center is the monogram of the three Greek letters with “Founded” above and “1874” below. The outermost circle contains the words “Gamma Phi Beta” at the top and “Sorority” on the bottom. That seal was approved at the 1896 Convention.