“The Blessing,” written by Charles Moss, also appeared in 1875 and though never formally adopted as the Sorority’s official prayer, it has been so universally used at gatherings that it may as well have been. Set to the tune of Old Hundredth, a familiar melody that takes its name from its association with the 100th Psalm, it is more commonly known in Christian musical traditions simply as the Doxology. 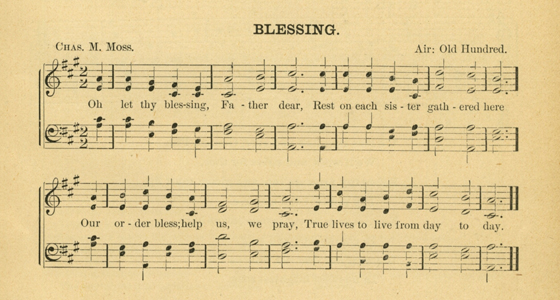