In the June 1908 issue of The Crescent, Adeline was the source for an article on the Sorority’s earliest days.

“For the next three years (after the first anniversary) the meetings were held in a private house near the university, a room being rented for that purpose. Later the society rented and furnished a room in the Hendricks block, a building in the business center of the city. Here, after the regular meetings, the girls had ‘a feast of wit and a flow of soul.’ For the feast, each one contributed 10 cents. With this combined capital the freshmen were sent to purchase tempting foods. In the merry hour that followed, the bonds of Gamma Phi Beta became stronger through that close companionship.” 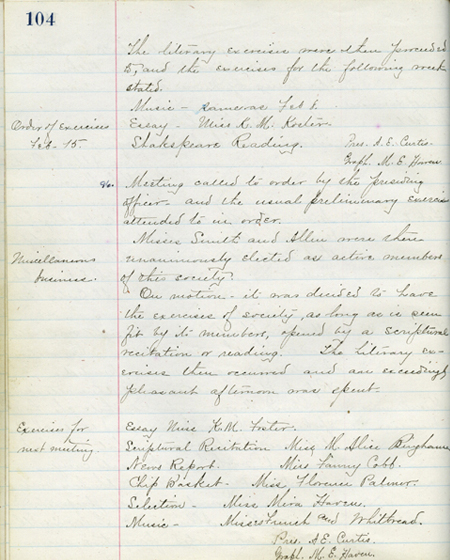