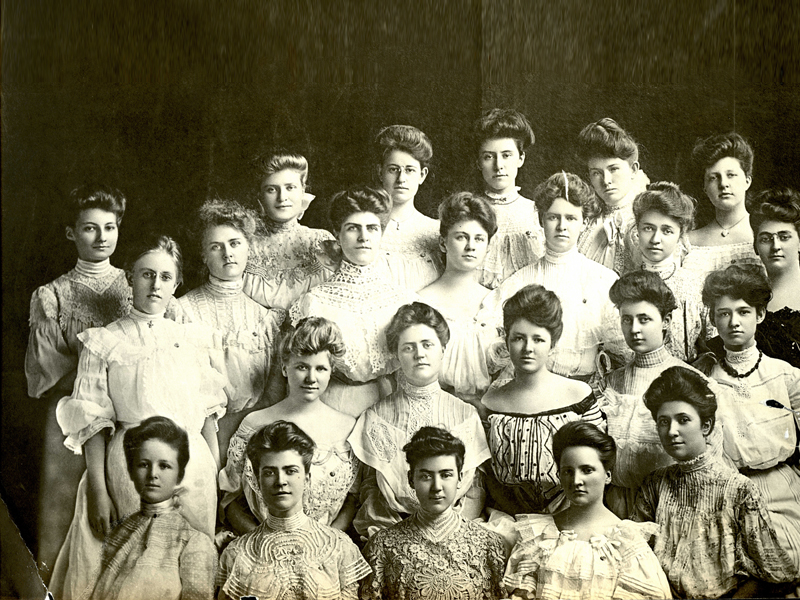 A charter was granted to a local group at the Women’s College of Baltimore – known as Goucher College – at Convention 1893. The charter members, seven in number, were initiated by two members of Alpha Chapter (Syracuse). The Board of Trustees of Goucher College voted to remove all six of the National Panhellenic Conference organizations in 1950, and in June of that year Zeta Chapter was closed.