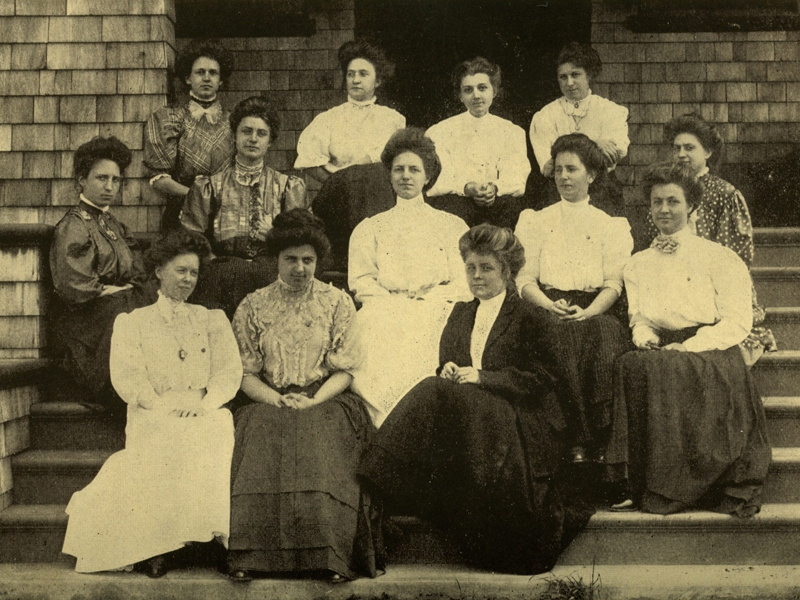 Mu Chapter members as shown in The Crescent, June 1908.

Mu Chapter was installed at Stanford University in Stanford, California, on June 6, 1905. Mu Chapter closed on May 1, 1992.

All nine National Panhellenic Conference organizations at the University voted to leave campus July 1, 1944, as a result of the decision by the Stanford Board of Trustees to purchase chapter facilities and maintain them under University supervision. Continuing the sororities was impossible under these conditions. No action was taken against men’s fraternities at that time.