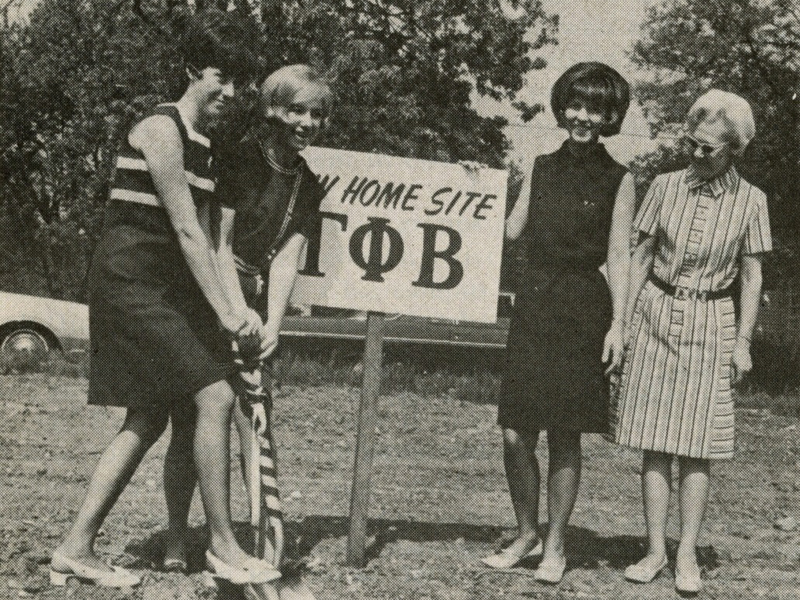 Gamma Omicron members at their facility groundbreaking in 1969.