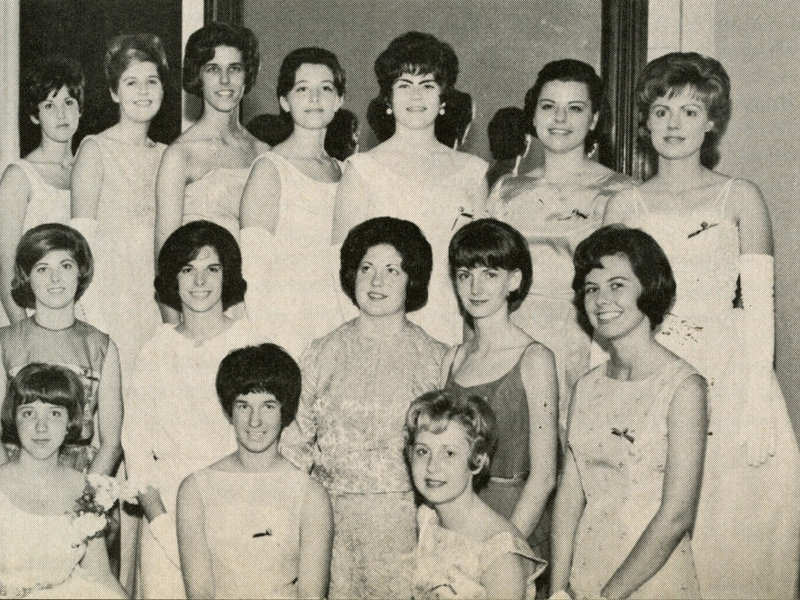 Some of Gamma Xi Chapter’s new members in 1965.

From February 28 to March 6, 1965, colonization activities at the University of Tennessee in Knoxville where under the direction of Director of Expansion Mary Glendon Trussell (Northwestern, 1929) and Traveling Secretary* Karen Tucker Carpenter (Memphis), who with the assistance of many Gamma Phi Beta international officers and area alumnae, welcomed 28 young women. Initiation and installation were conducted by International Ritual Chairman** Marcella “Sally” Gray Cass (Iowa, 1934) at the First Presbyterian Church in Knoxville on May 15, 1965. That evening at the Carnation Banquet, International Grand President*** Orra Spencer Reid (Michigan, 1926) presented the charter to the 79th Greek letter chapter of Gamma Phi Beta.

**International ritual chairman is now known as director of ritua