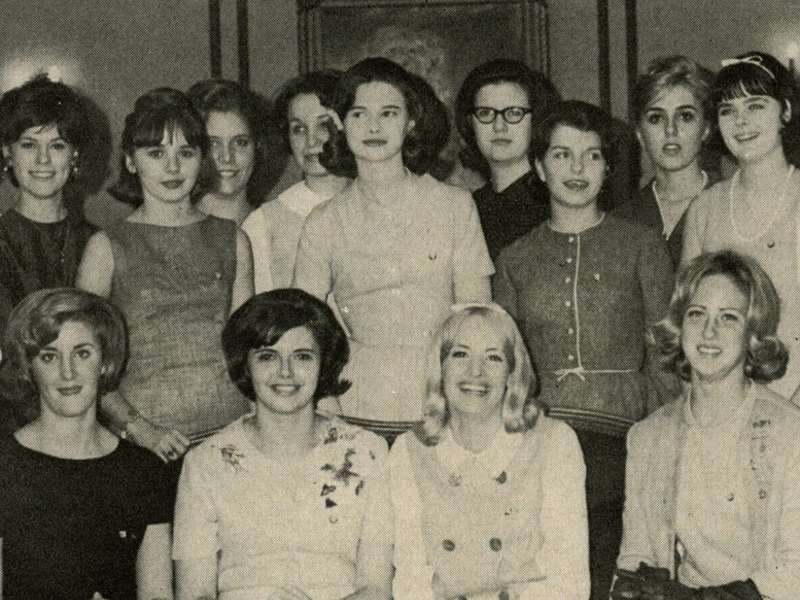 Gamma Lambda Chapter (Louisiana State) was colonized in 1963 under the direction of Director of Expansion Mary Glendon Trussell (Northwestern, 1929), and two student counselors. Gamma Alpha Chapter (Memphis) served as the initiating team to install the new chapter. There were 13 alumnae who were initiated in the University Methodist Church and 21 women received their charter as Gamma Lambda Chapter from Grand President* Beatrice Hill Wittenberg (Stanford, 1923).