Gamma Kappa Chapter was installed at the University of Nebraska-Kearney, in Kearney, Nebraska, on May 11, 1963.

The University of Nebraska-Kearney, formerly known as Kearney State College and Nebraska State Teacher’s college, did not admin National Panhellenic Conference organizations until 1962. A local sorority Sigma Theta Phi, 47 years old, petitioned Gamma Phi Beta and was accepted. Installation was held at the Presbyterian Chapel on the University of Nebraska campus, the ceremony of Initiation conducted by Pi Chapter (Nebraska-Lincoln). The charter was presented to 33 women by Grand President* Beatrice Hill Wittenberg (Stanford, 1923) at the installation banquet, which was held in the Pan American Room of the Student Union Building on the Lincoln campus. 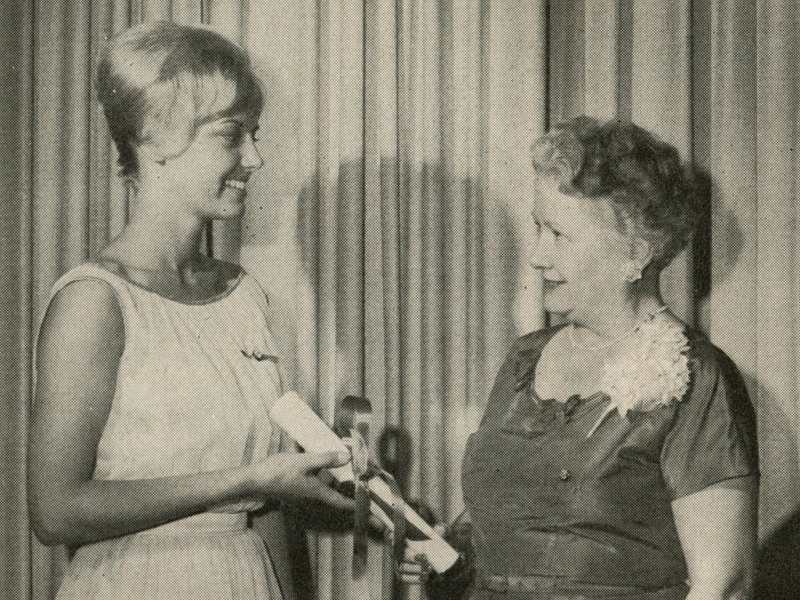