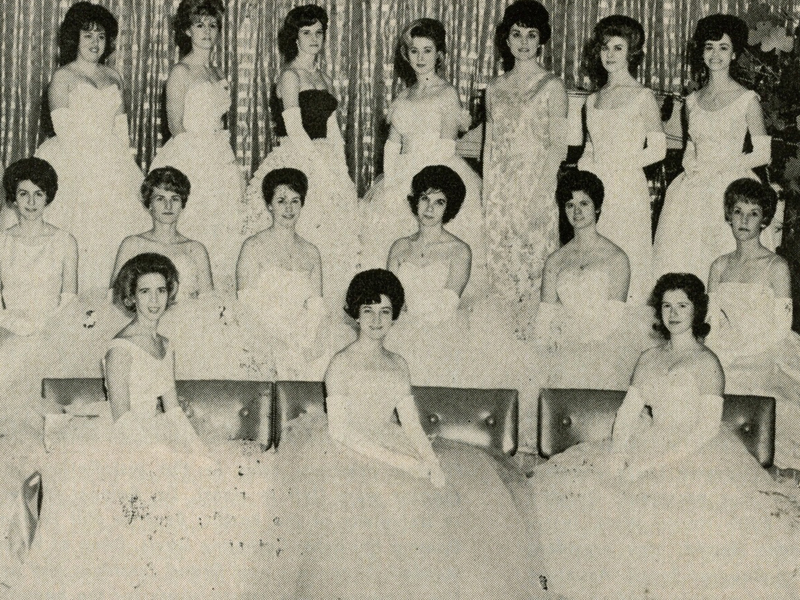 Some of the Gamma Iota Chapter charter members in 1963.

Beta Tau Chapter (Texas Tech) came from Lubbock, Texas, to welcome 33 women and thereby establish a colony at Midwestern in October, 1962. The following spring, Beta Tau returned to conduct the Initiation of the group under the supervision of International Ritual Chairman* Edith Herrin Watt (Oregon, 1920). There were 21 collegians and two alumnae who were initiated and presented with the Gamma Iota Charter (Midwestern State) by Grand President** Beatrice Hill Wittenberg (Stanford, 1923).

*International ritual chairman is now known as director of ritual.