A new link was added to Gamma Phi Beta on May 3, 1986, with the Initiation of 48 women at Union College in Schenectady, New York. Two years prior, Union began investigating the chartering of another sorority chapter on campus and after much research, college officials decided Gamma Phi Beta was the ideal choice to join Delta Delta Delta, Delta Gamma and Sigma Delta Tau.

Gifts presented to the chapter were a silver punch bowl from the Sorority and the president's badge, which had belonged to a local alumna's mother. Ann Bronsing recognized the excellence of the charter members and presented the Epsilon Epsilon charter to the chapter. The evening concluded with singing, dancing, laughter and congratulatory hugs. 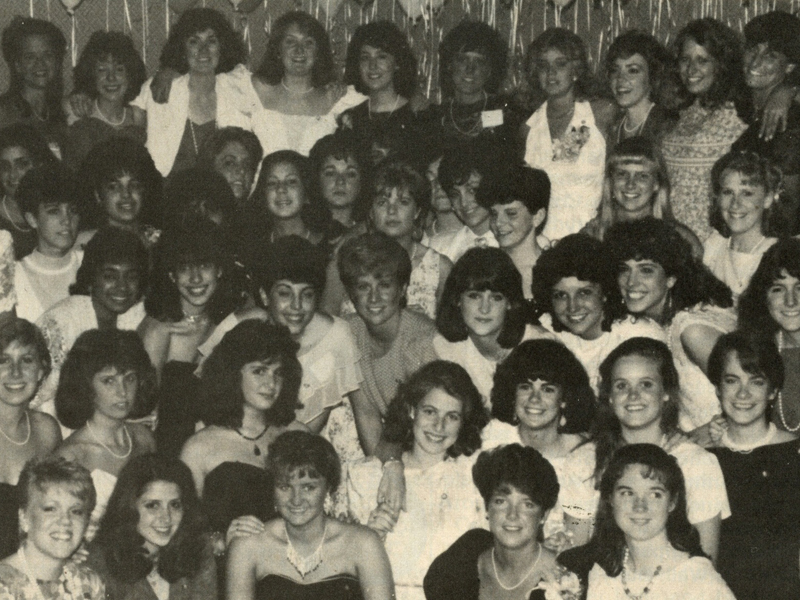 Some of Epsilon Epsilon Chapter’s charter members in 1986.