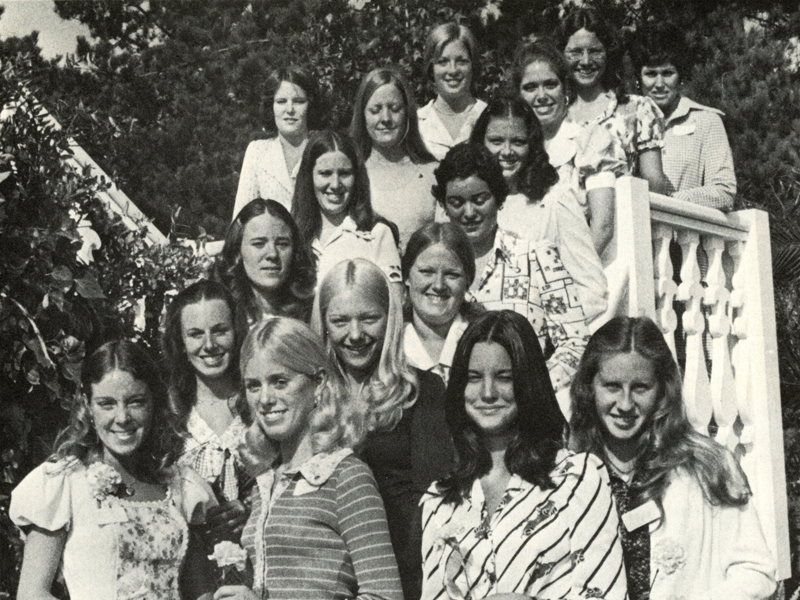 Some of the Delta Theta Chapter charter members in 1975.