Delta Lambda Chapter was installed at the University of California-Riverside in Riverside, California, on January 24, 1976.

Gamma Phi Beta colonized with Kappa Alpha Theta and Kappa Kappa Gamma when the campus of University of California-Riverside was first opened to National Panhellenic Conference organizations and Interfraternity Councils. Director of Expansion Elna Magnusson Scheinfeld (Idaho) was in charge of the October 5, 1975 extension process, and Collegiate Consultant* Joanne Volakakis (Purdue) remained to supervise the training of the colony. 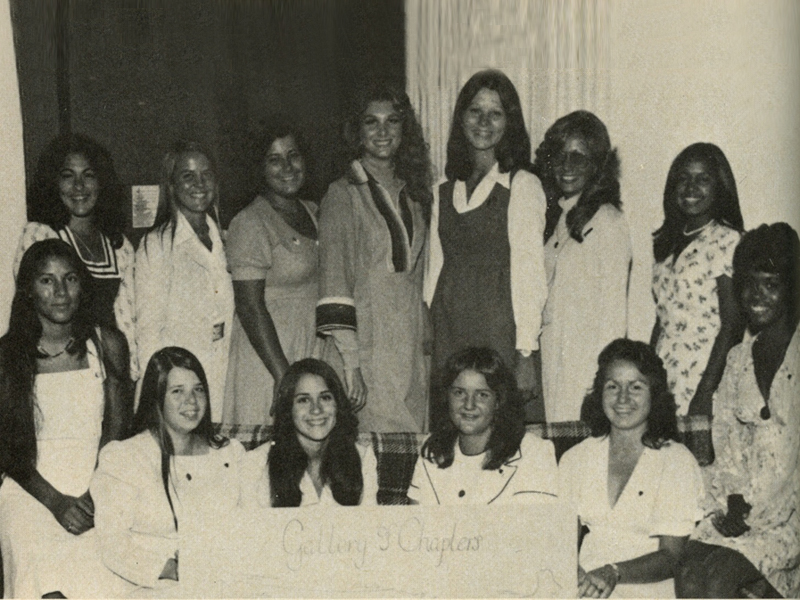