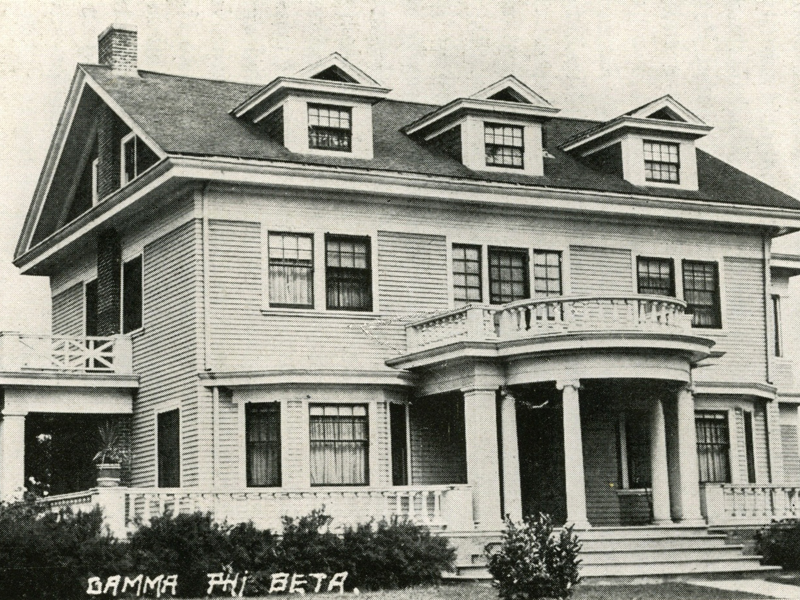 The Chi Chapter facility as shown in The Story of Gamma Phi Beta, 1921.

A local group called Beta Tau Beta was organized at Oregon State University to petition Gamma Phi Beta. After a visit by an alumna, Margaret Nachtrieb Kelley (Minnesota-Twin Cities, 1910), the petition was granted and Chi Chapter (Oregon State) was installed by members of Nu Chapter (Oregon). There were 25 charter members.