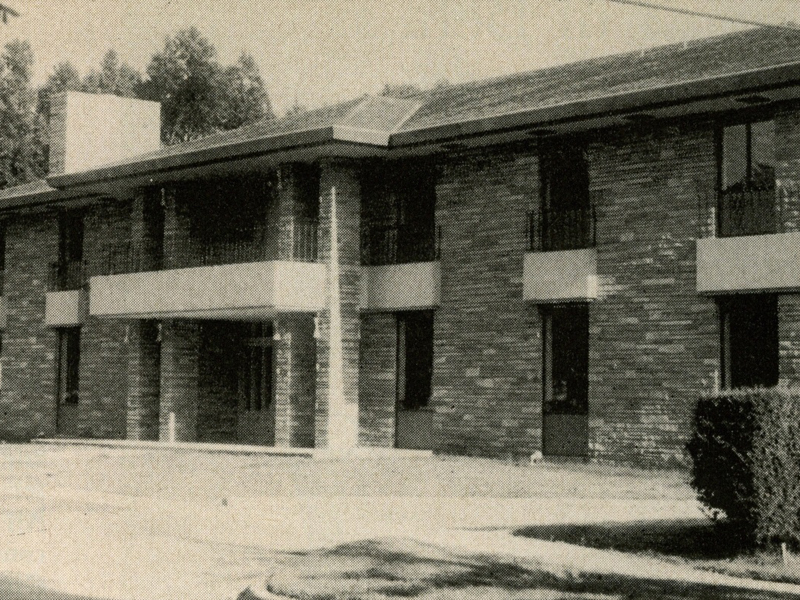 The Beta Psi Chapter facility in 1963.

Beta Omicron Chapter (Oklahoma City) assisted in establishing a colony on the Stillwater campus in the fall of 1957. There were 21 women initiated as charter members by Grand President* Elizabeth Fee Arnold (Colorado State, 1923), who was assisted by Psi Chapter (Oklahoma). The group lived in the dormitories until their new facility was completed, only for years after installation.