Instead of the usual method of colonization for our newer chapters, Beta Chi Chapter (Wichita State) was first a local sorority, Pi Kappa Psi. Sigma Chapter (Kansas) welcomed the group after their petition had been approved, and installation was conducted by both Sigma and Beta Upsilon (Kansas State) chapters in February, 1958. All five local groups on campus were absorbed by five National Panhellenic Conference organizations at that time. Grand President* Elizabeth Fee Arnold (Colorado State, 1923) was the installing officer and 48 collegiate women and 69 alumnae women were initiated together. 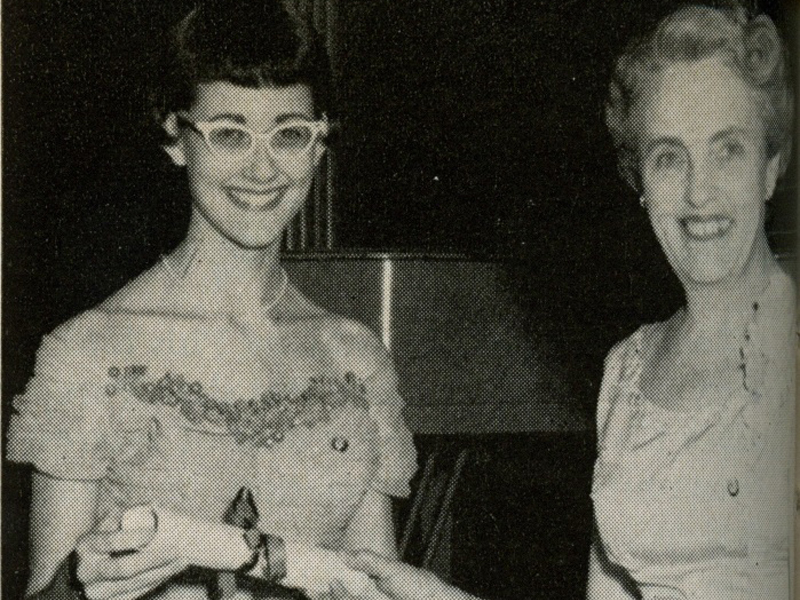