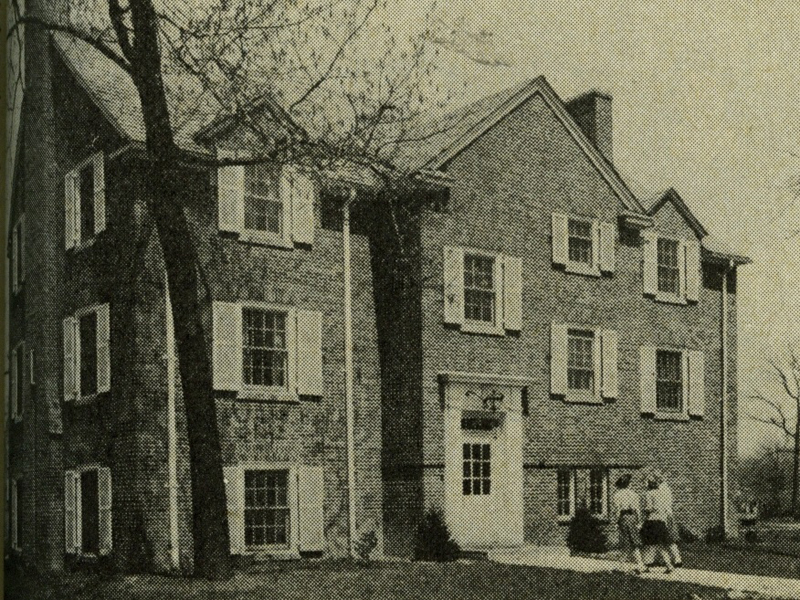 The Beta Gamma Chapter facility in 1943.

The petition of a local club known as Three Kay was approved in 1943. The club had been established in 1927 but sororities had not been permitted on the Bowling Green campus until the school had been accredited as a state university. A large number of international officers and alumnae installed Beta Gamma, including Alice Wieber Fitzgerald (Michigan, 1913), Charlotte Robertson White (Washington University, 1917), Beatrice Locke Hogan (Oregon, 1912), Alice Leonard Holmes (Michigan, 1918) and Jane Strong (California-Los Angeles, 1937). Alpha Eta Chapter (Ohio Wesleyan) and Alpha Nu Chapter (Wittenberg) assisted in the Initiation ceremony. Thirty-six collegians and 32 alumnae were initiated at the Installation.