Frances Ide Johnson (Goucher, 1928), a faculty member at the University of Maryland, assisted by several Gamma Phi Beta transfer students colonize a group on this campus. Their petition was approved after inspection by Grand President* Alice Wieber Fitzerald (Michigan, 1913) and the group was initiated at Convention 1940 in Washington, D.C. At this time, two wives of Congressmen, Mrs. Wilbur Cartwright and Mrs. Millard Tydings, were initiated as alumnae. On October 23, the first Initiation was held in the chapter facility on the University campus and 15 members were installed by Mrs. Fitzgerald as charter members of Beta Beta Chapter (Maryland). 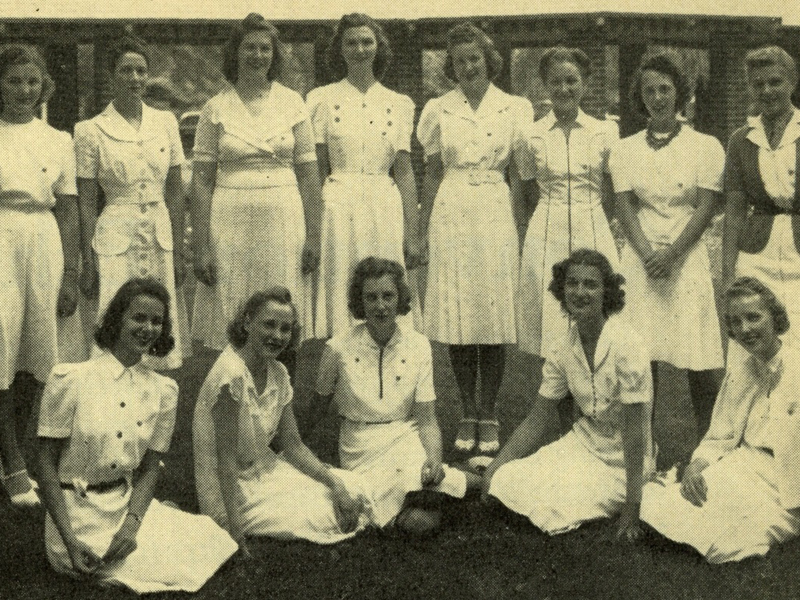 Back to All Chapter