Beta Alpha Chapter was installed at the University of Southern California in Los Angeles, California, on September 24, 1938.

A Gamma Phi Club was organized in 1937 by Florence Bertine Watt (Arizona, 1924) to petition Gamma Phi Beta. Mrs. Watt interested the other chapters in the province* in promoting a chapter at the University of Southern California and the petition was approved. Actually the charter was granted at Convention 1938 in Del Monte, when all eight club members were initiated by members of all chapters in Province VII**. 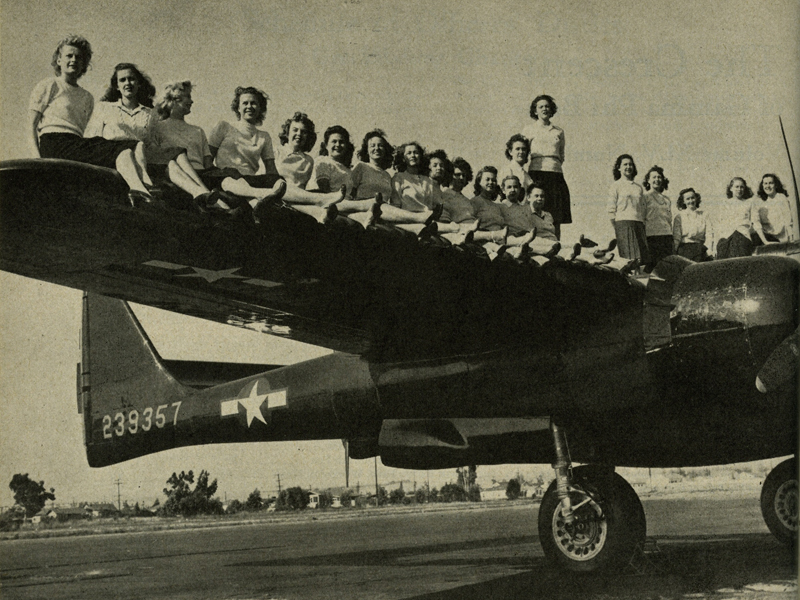 Beta Alpha Chapter sold war bonds to buy two Northrop Black Widows during World War II. The one shown above is named ‘Gamma Girl.’ Sister Ynez Northrop is the daughter of Jack Northrop, who owned and designed planes for the Northrop Corporation, is sitting on wing with chapter sisters in 1945.

International Ritual Chairman*** Marguerite Motie Shiel (University of Washington, 1914) supervised the Initiation and Grand President**** Lois McBride Dehn (University of Washington, 1913) presented the charter. In September when the college opened, Lois McBride Dehn and members of Grand Council***** held another initiation for the members of Alpha Iota Chapter (California-Los Angeles) in the Beta Alpha facility, and this date is considered the installation date of the chapter.

*Gamma Phi Beta reorganized its structure from Provinces to Regions in 2006.

***International ritual chairman is now known as director of ritual.