A local group, Lambda Chi Sigma, organized in 1926, petitioned for a Gamma Phi Beta charter and was installed by Alpha Theta Chapter (Vanderbilt) and Alpha Mu Chapter (Rollins) members in 1930. The chapter was successful for many years, although no sororities had facilities on the campus, but had meeting rooms rented from the college. In time, the number of sororities on campus became too many for the number of women interested in membership, and Grand Council* withdrew Alpha Rho Chapter’s (Birmingham-Southern) charter at the close of the school year, 1957. 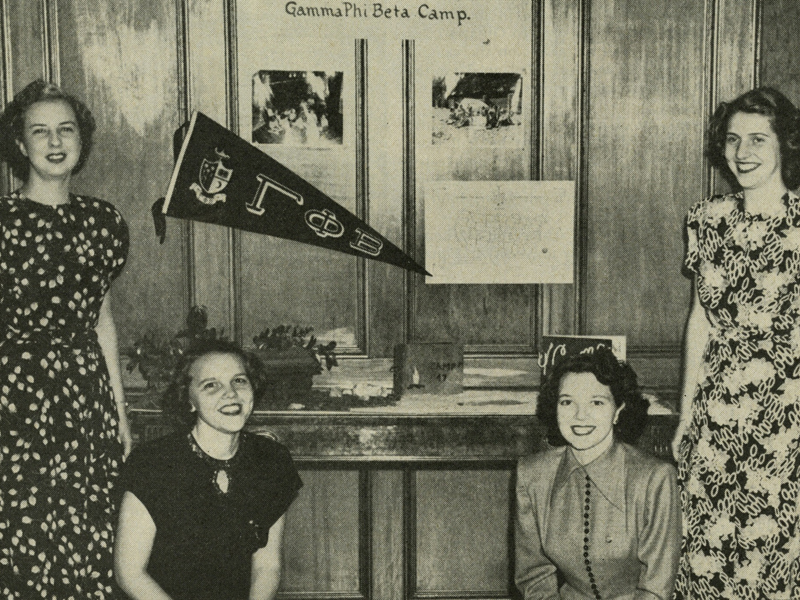 Members from Alpha Rho Chapter with their philanthropy exhibit during recruitment in 1949.