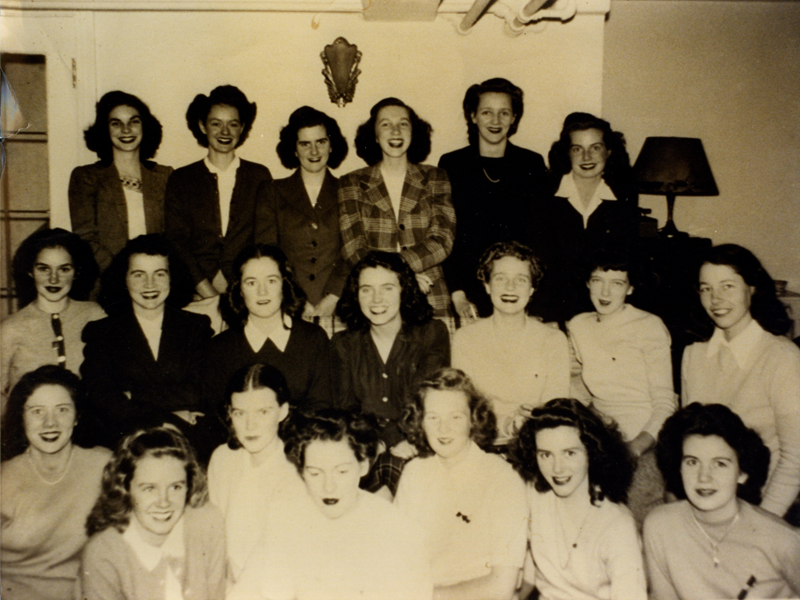 Three years elapsed before the third Canadian chapter was installed and although more than 50 petitions were received, the only one approved was that of Tau Omicron, a local group at the University of British Columbia. The society was investigated by Lois McBride Dehn (University of Washington, 1913) and Clara Taney Will (Minnesota-Twin Cities, 1906), and on April 28, 1928, Lambda Chapter (University of Washington) conducted the initiation with Lois McBride Den, Grand President* Elizabeth Davidson Barbour (Northwestern, 1909) and Beatrice Locke Hogan (Oregon, 1912) all taking part in the ceremony. Grand President Barbour presented the charter to the group of 20 collegians and 38 alumnae of the former Tau Omicron society. Alpha Lambda Chapter (British Columbia) was the first National Panhellenic Conference organization on campus.