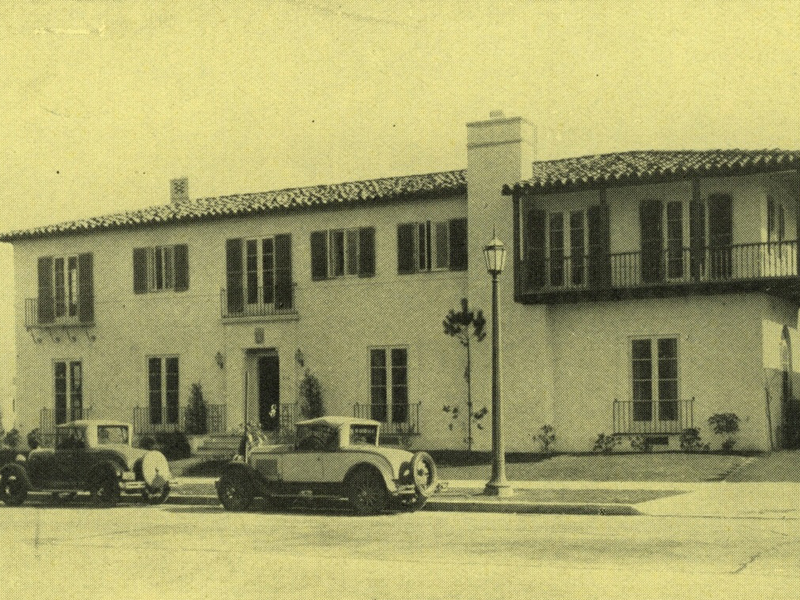 The Alpha Iota Chapter facility as shown in The Story of Gamma Phi Beta, 1921.

Alpha Iota Chapter was installed at the University of California-Los Angeles in Los Angeles, California, on June 26, 1924.

Alpha Iota Chapter (California-Los Angeles) was the second chapter to be granted a charter at Convention 1924, held in June at Lake Placid. Alpha Sigma Pi was an old local sorority at the time its petition was submitted. The group was highly recommended by Dr. Ernest C. Moore, Provost of the University, and was sponsored by Grace Partridge Underhill (California-Berkeley, 1913), whose husband was a member of the administration. An initiation team composed of Mu Chapter (Stanford) members came for the Installation. On August 23, 1924, 26 collegiate members were initiated with six alumnae. Grace Underhill and Ruth Palmer Shepherd (Northwestern, 1907) were the installing officers. One hundred Gamma Phi Betas representing 15 chapters were present at the Installation banquet.