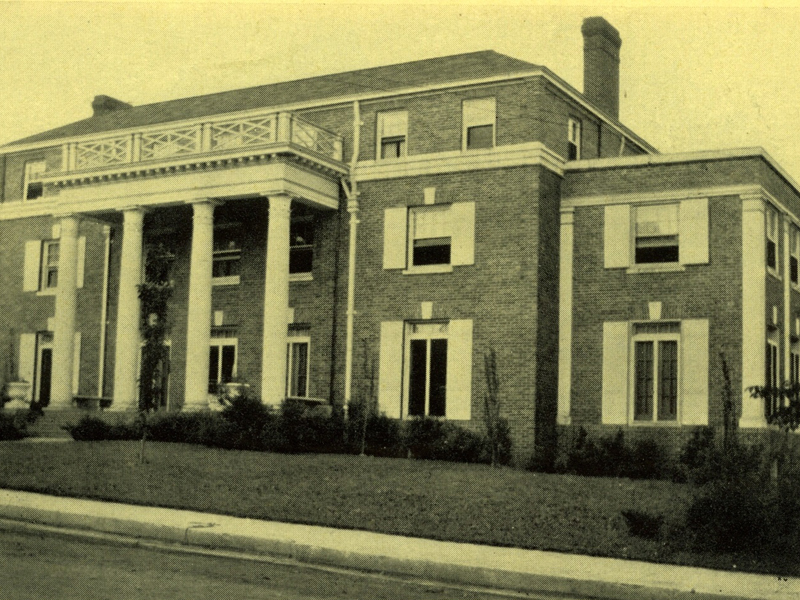 The Alpha Delta Chapter facility as shown in The Crescent, May 1933.

Alpha Delta Chapter was installed at the University of Missouri-Columbia in Columbia, Missouri, on May 20, 1921.

In 1920 Jennie Emerson Miller (Michigan, 1882), who had been a charter member of Beta Chapter (Michigan), and several alumnae of Phi Chapter (Washington University) colonized a group of 10 women at the University of Missouri. The group was accepted by the Sorority after inspection by Esther Hollebaugh (Illinois at Urbana-Champaign) and Beulah Bennett (Hollins, 1916). Grand President* Lindsey Barbee (Denver, 1897) was the installing officer assisted by Phi Chapter (Washington University).