Interestingly enough, the Founders of Gamma Phi Beta died in reverse order of their birth and on October 21, 1937, the eldest of the four, Helen Dodge Ferguson, passed away.

Helen and her husband never had children. Living in Utica, they enjoyed a life of scholarship; his theological studies complementing Helen’s knowledge of the classics. Known as “the scholar,” Helen made education a lifelong pursuit, traveling extensively to the Middle East and throughout Europe and the British Isles. She and her husband supported missionary work. The Rev. Ferguson preceded his wife in death in 1905.

Besides her beloved Sorority, Helen remained active in the Woman’s Home Missionary Society of the Methodist Episcopal Church. She was involved in the local Woman’s Christian Association, the local American Association of University Women and the Daughters of the American Revolution. When age and illness made it impossible for her to travel to Conventions, Helen sent telegrams of congratulations and wrote personal letters to some, writing articles for The Crescent to all the members. Her commitment to Gamma Phi Beta was evident even in her death when she bequeathed $15,000 to Syracuse University, which served as the basis of scholarship awards for members of Alpha Chapter.

Helen is buried in Verona Cemetery in Verona, New York. 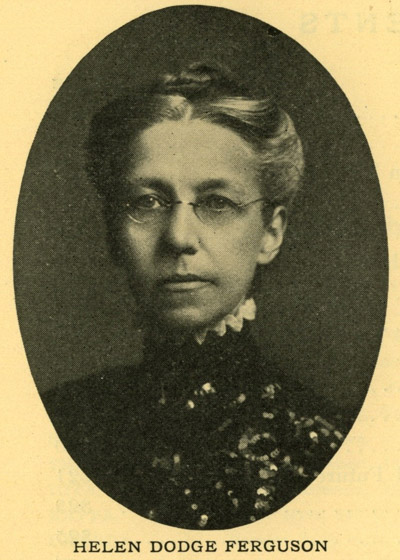 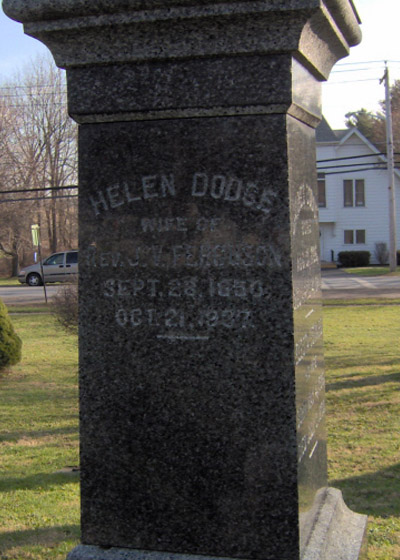