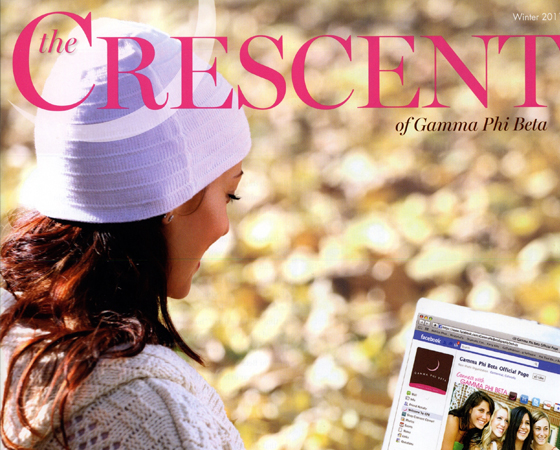 Winter 2010 cover of The Crescent.

Gamma Phi Beta officially entered the world of cyber communication in 2010, establishing its own social networking sites including Facebook, LinkedIn and Twitter. While some of the sites such as LinkedIn replaced earlier versions — TranSISter and SisterLink — that performed similar functions, the improved iterations made it easier for Gamma Phis to stay in touch and even find sisters in their post-collegiate years. Many chapters used the sites to plan events and to connect with each other for chapter reunions or to share ideas throughout the year.