It’s very unlikely that the young women who met in Dr. Brown’s rooms just 10 years after the close of the Civil War gave any thought at all to what the state of their “society” might be in the year 2000. As it approached, the world grappled with the Y2K problem – also known as the Millennium Bug – that threatened to degrade computer systems around the world. As it turned out, the year 2000 arrived and the Y2K bug turned out to be much ado about nothing.

The decade was wrought with many tragedies, some producing mass casualties. On September 11, 2001, nearly 3,000 were killed during attacks made on the World Trade Center and Pentagon. The year 2005 brought on the most active year for hurricanes in recorded history, which included Hurricane Katrina. In 2007, the world saw the start of the Global Financial Crisis, considered by economists to be the worst financial crisis since the Great Depression.

But the turn of the century was not without its triumphs. In 2001, Apple Computer released the first iPod, the Human Genome Project was completed in 2003 and the Mars Rover successfully landed on the surface of Mars in 2004. Usage of email, wireless internet, social media and file sharing systems also surged during this decade.

Nine Gamma Phi Beta chapters were installed during this decade. 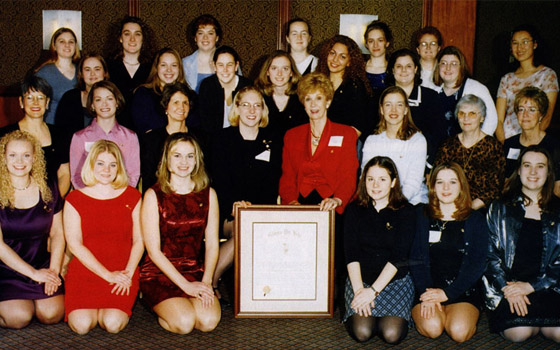