1979: A New Home for International Headquarters 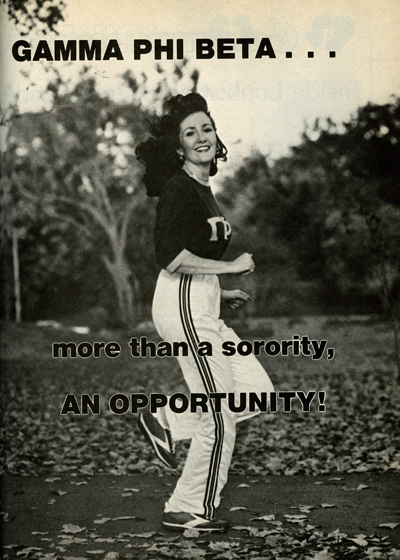 Previous decades of growth meant the need for increased storage space for supplies and new equipment to handle the growing volume of work and mail. Between the Sorority and the Foundation, 20,000 pieces of mail were sent out from the Central Office each year and in coming years it would increase as the “Crescent Communique,” the Magazine Agency and the merchandising program were all delegated to the Central Office.

The Chicago area had been home for the Central Office for several decades. From 1929 to 1942, it was in the Pittsfield Building located at 55 Washington St. From 1942 to 1951, the address was the Civic Opera Building at 20 North Wacker Drive, Suite 2230. From 1951 to 1965, it was located in the Monadnock Building at 53 West Jackson Blvd. (at one time, the largest office building in the world), and from 1965 to 1979, the address was in the suburb of Kenilworth at 630 Green Bay Road. In contrast to the stark offices of downtown Chicago, this location featured three private offices, a conference room, a kitchen, rooms containing addressograph equipment and office supplies, and sufficient parking for visitors and staff. It did, however, have a rather utilitarian décor with sturdy metal desks and durable linoleum floors.

The lease on the office building in Kenilworth, Illinois, expired in 1979. The time was finally right to move the Central Office out of the Chicago area and in the summer of 1979, the Central Office was moved to rented space at 7503 Marin Drive in the Denver suburb of Englewood. None of the staff moved from Kenilworth to the Denver area so the entire staff was new. Undaunted, they worked out of boxes for six weeks as their new quarters were completed.