In 1974, Gamma Phi Betas gathered at various times to mark a century of sisterhood.

Alpha Chapter (Syracuse) observed a very special Founders Week with the entire Grand Council in attendance. The Founders Day Banquet held on November 11, 1973, marked the opening of the yearlong Centennial celebration with all chapters, collegiate and alumnae, having some distinctive observance. More than 13,000 members attended these festivities. 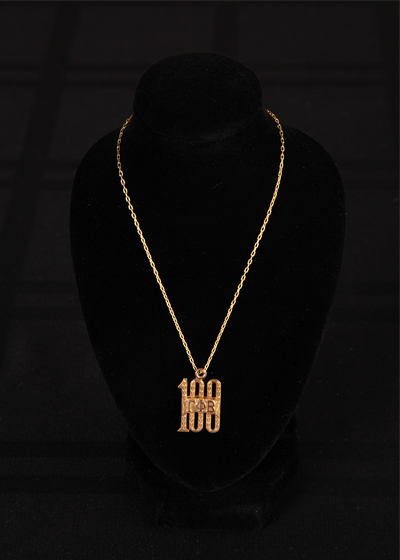