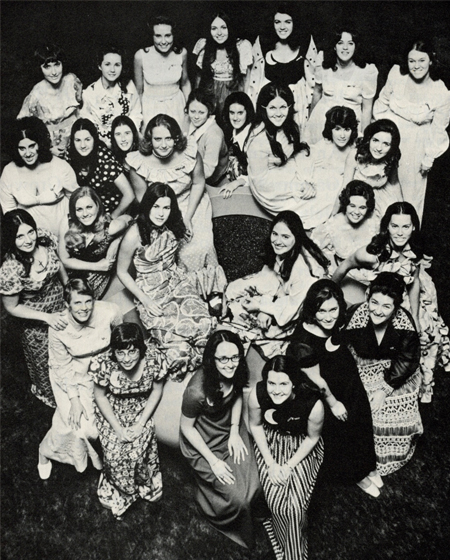 Collegiate chapters received some help through the Graduate Counselor Program, established in 1973. If a chapter was in need of guidance, a young alumnae accepted into that school’s graduate program received assistance with tuition, housing and books. Having received the same intensive training as the Collegiate Leadership Consultants (CLCs) in leadership techniques and the “how-to’s” of chapter administration, the graduate student lived with the chapter for the entire school year, assisting members in every facet of chapter life while she furthered her education. As the program advanced along with the CLCs’ training, they were assigned to one of four regions of the country, repeating visits to chapters. Under the new arrangement, rapport was established between the consultant and her chapters, which were visited up to three times during a year.

While Gamma Phi Beta was busy instituting changes to meet the challenges facing the Greek community, some organizations didn’t fare as well. Banta’s Greek Exchange – a magazine that had served the fraternity community as a forum for the exchange of ideas and as a source of authoritative information since 1912 – published its final issue in July 1973.