In recent years, the Indian Hills, Colorado, camp had been plagued with an ever-decreasing water supply and by 1965 was in need of some rather costly capital improvements. The camp was closed and Gamma Phi Beta began leasing the Jefferson County Lab School site to continue the camp sessions. In 1969, the camp was sold and the proceeds from the sale were credited to an endowment fund in the Foundation with the annual income assigned to the camping program. 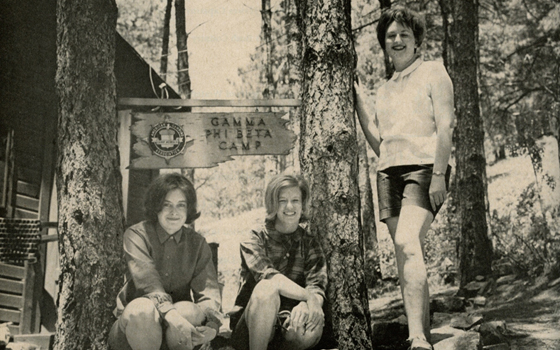